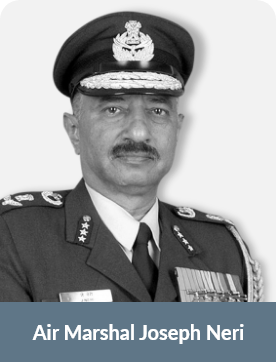 Air Marshal Joseph Neri is an Electronic Engineering graduate from College of Engineering Guindy, Chennai. He was commissioned in the IAF on July 8, 1974.

Vattikuti India Foundation, under the leadership of AM Joseph Neri, has been working on social and economic upliftment of rural people through Financial Inclusion programs. AM Joseph Neri has played a critical role in achieving Davinta’s vision of serving the last mile customers through banking services.

He has been actively involved in building the Davinta’s sustainable, scalable and less cash Financial Inclusion ecosystem. The mode is built on providing a need based and faster credit to last mile customers at a reasonable and affordable rates to generate assets that can create a sustainable income to the people.