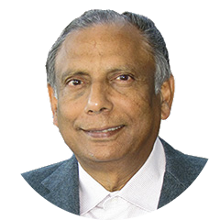 Raj is an Entrepreneur and Philanthropist. His lifelong accomplishments are his wonderful family, and establishment of Covansys Inc. in 1985, which was listed on NASDAQ in 1997, the creation of the Vattikuti Foundation in 1997, Synova in 1998, and Altimetrik in 2013. Covansys was sold to Computer Sciences Corporation in July 2007 for $1.3 Billion with over 8,000 employees worldwide.

Raj received the Lifetime Achievement Award for contributions to the information technology industry from Dykema Gossett in May 2001 followed by many awards for community participation and for advancement in industry including prestigious Woodrow Wilson Award for Corporate Citizenship, received in 2007. 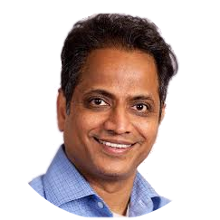 He is an entrepreneur & technologist over 30 years of experience mostly in technology and executive leadership roles. He is a board member and advisor to many late stage startups and an active angel investor in deepTech, finTech and consumerTech startups.

Prior to co-founding Davinta, As a CTO at Flipkart, defined and executed technology vision and roadmap to transform commerce. Also founded Fintech as a new vertical with a mission to offer financial products to 100s of millions of underserved and unserved Indians by leveraging data, digital distribution and Technology.

Prior to Flipkart, he was President and Chief Technology Officer at 247.ai Innovation Labs, a sequoia funded company where he led global product and technology groups to build one of the largest omni-channel customer acquisition & engagement platform.